A few years ago, the Wake Forest tournament released a general scale for assigning speaker points.  At the time, I found the rubric to be extremely helpful for a few different reasons:
Unfortunately, the old Shirley point scale is woefully out of date ("average" points were around 28.2 back then).  So, I decided that I would take a shot at creating an updated rubric, with a few little differences.

A few notes about the rubric: 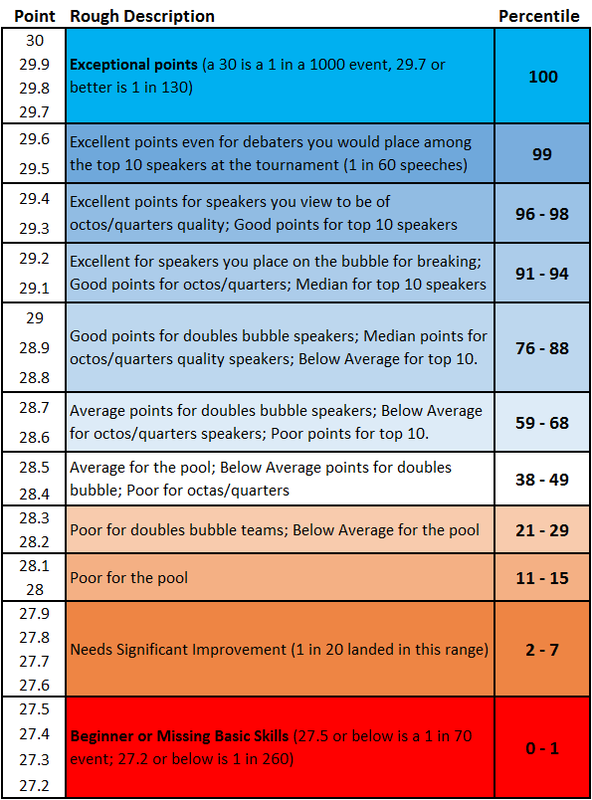 Here is a slightly more detailed breakdown of how points are distributed when different levels of competitive success are distinguished.  I find that seeing the separate distributions is helpful because it is only moderately useful to know that the "average" (median) points for a team on the bubble is 28.6.  That does not mean that all they ever get are 28.6s.  All debaters have a range of points and performances, and seeing the distribution helps to show the upper and lower limits of what we can expect from each level. 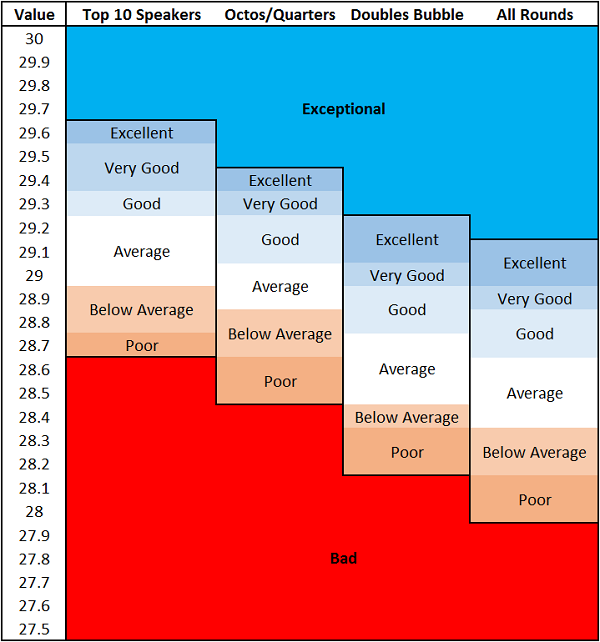 Finally, here are the point distribution histograms that show even more detail in the data. 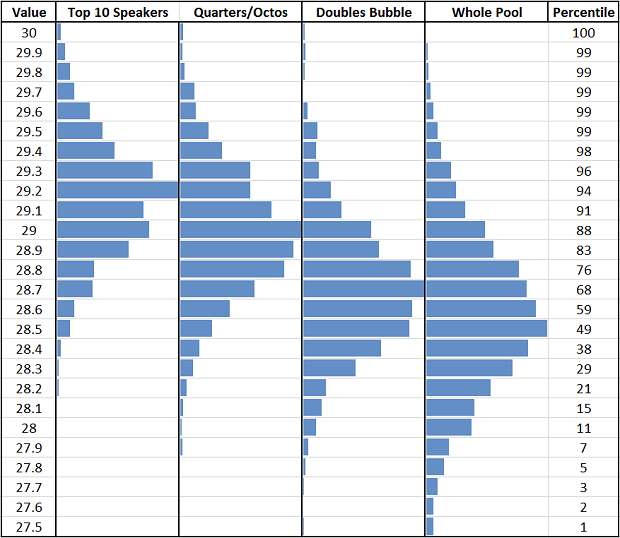